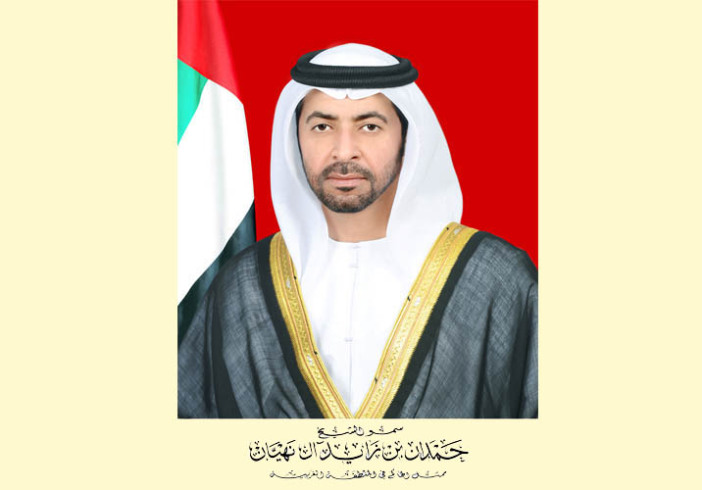 The declaration of 2017 as the Year of Giving by President His Highness Sheikh Khalifa bin Zayed Al Nahyan reflects the insightful vision of the founder of the UAE, late Sheikh Zayed bin Sultan Al Nahyan, for putting people at the centre of all humanitarian efforts, said H.H. Sheikh Hamdan bin Zayed Al Nahyan, Ruler’s Representative in the Western Region and President of the Emirates Red Crescent.

He was speaking on the occasion of the UAE Food Bank launch, announced today by Vice President and Prime Minister and Ruler of Dubai, His Highness Sheikh Mohammed bin Rashid Al Maktoum, as part of the Year of Giving initiative.

“Pursuance of generous giving is no unusual approach for our wise leadership, namely, His Highness Sheikh Khalifa, His Highness Sheikh Mohammed bin Rashid and His Highness Sheikh Mohamed bin Zayed Al Nahyan, Crown Prince of Abu Dhabi and Deputy Supreme Commander of the UAE Armed Forces, who learnt from late Sheikh Zayed, the source of goodness, who benefited the Emiratis as well as all people, regardless of their faith or sex, and managed to transform the UAE into a world major donor of food, medicine and clothing,” Sheikh Hamadan said.

“God willing, the UAE’s journey of generous giving will continue to achieve its goals,” he added, calling upon citizens and expatriates to strengthen their solidarity and rush to charity work to help the needy through the UAE Food Bank project. 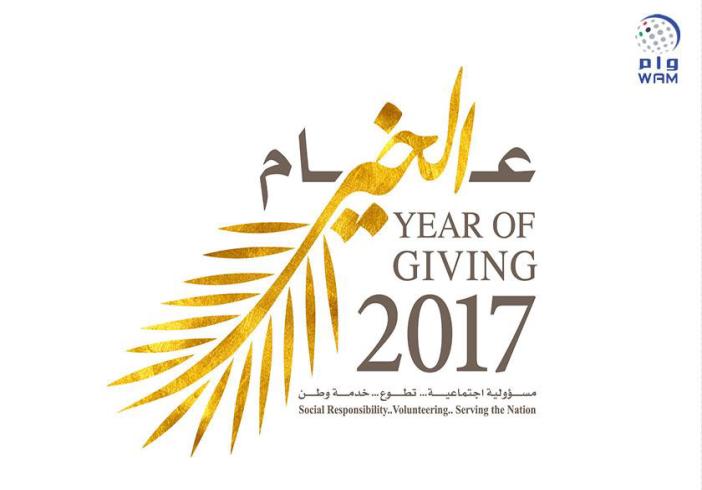 Vice President, Prime Minister and Ruler of Dubai, His Highness Sheikh Mohammed bin Rashid Al Maktoum, has approved the official logo of the ‘Year of Giving 2017’, to be used by all local, government and media entities in all campaigns, programmes and initiatives related to the initiative.

The design of the logo reflects all meanings of giving, and includes the initiative’s three factors of social responsibility, volunteering and serving the country, in addition to the year 2017.

In his remarks on the occasion, Mohammad bin Abdullah Al Gergawi, Chairman of the Higher National Committee for the Year of Giving said that the official logo, approved by Vice President, Prime Minister and Ruler of Dubai, His Highness Sheikh Mohammed bin Rashid Al Maktoum, will be circulated to all entities as of Sunday, 1st January, 2017.

Al Gergawi said, “The outstanding official and societal interaction with the Year of Giving, launched by President His Highness Sheikh Khalifa bin Zayed Al Nahyan, will contribute notably to achieving the objectives of the initiative and we expect qualitative initiatives and exceptional success in 2017”.

“We also expect the positive participation of the private sector and social figures to translate the vision of President His Highness Sheikh Khalifa to be achieved by the end of the year,” he added.

All the materials and technical elements of slogan are available through the Public Diplomacy Office of the Ministry of Cabinet Affairs, and online at info@pdo.gov.ae.

He noted that the word ‘Giving’ represents the main component of the logo and that last letter of ‘Al Khair’ in Arabic (Giving) was written in the form of the frond of a palm tree, as palm trees represent a huge morale and cultural value in the UAE, combining the identity, geography and heritage of the country.

The Chairman of the Committee added that the palm tree used to have special status in the heart of the giving pioneer, the late Sheikh Zayed bin Sultan Al Nahyan. He said that Sheikh Zayed had paid notable attention to palm trees and worked on planting millions of them in the oases, cities and deserts of the country. The UAE achieved a world record in 2009 with the largest number of palm trees in the world in comparison to it area.

He also said that the fronds of the palm trees were being used specifically to be a symbol of the Year of Giving to reveal the importance of this blessed tree. People can benefit from every single part and component of palm trees. People can eat their fruit, its fronds are used in building houses, and other parts can be used in many local handicrafts.

He also reiterated that palm trees have been a source of life for human beings throughout the ages, adding they were mentioned in the Holy Quran more than 20 times and hailed by a Hadith of the Prophet Mohammed (PBUH).

He also pointed out it was taken into account when designing the logo to embody the nature of the UAE, through choosing seven leaves in the frond of the palm tree on both sides, which which on one side represent the seven emirates of the UAE and the harmony and unity among them, and on the other side refer to the contributions and achievements of the people in all the seven emirates of the country, as well as other segments of the UAE community.

He added that the yellow and gold colour reflect the Sun which refers to the beginning of a new day and symbolises hope, joy, happiness, positive energy and optimism.

President His Highness Sheikh Khalifa bin Zayed Al Nahyan declared 2017 as the ‘Year of Giving’ in the UAE and the initiative focuses on three main pillars: creating a sense of community responsibility in the private sector, enhancing the spirit of volunteering and encouraging specialised volunteer programmes, and instilling loyalty and commitment in the next generations to serve their country.

Vice President, Prime Minister and Ruler of Dubai, His Highness Sheikh Mohammed bin Rashid Al Maktoum, directed the formation of the Higher National Committee for the Year of Giving initiative. The Committee includes seven Federal Ministers and Secretaries-General of the Emirates’ Executive Councils in the UAE.