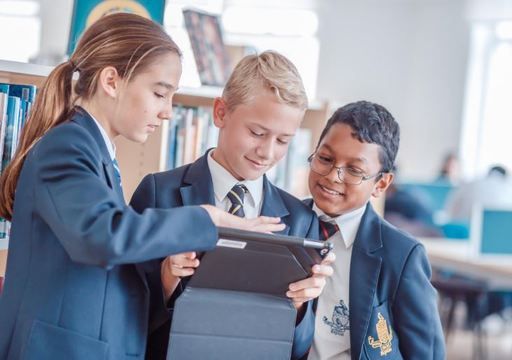 The Middle East has been through some challenging years as a result of the crisis within the oil industry which saw significant movement out of the region of expatriates. However, when it comes to international education, there is still significant demand for international school places.

Many expatriates continue to leave the UAE because of the decline in the oil industry. Some people are reporting that as two families enter Dubai, ten are departing. The outgoing expats are mostly Westerners, many with families. Those incoming, tend to be skilled Arab and Indian expatriates who want affordable international schools for their children.

Some premium international schools (mostly those with the best reputations), remain at full capacity as an increasing number of local families, many who are in a position to afford the fees, are seeking out the international school places that are becoming available as expatriates depart.

Newer schools, however, are struggling and using a range of offerings to attract new admissions, such as free school uniforms. Even with the recent annual inspection results now published, which allow fee increases based on performance standards, several international schools have frozen their fees for the coming academic year.

Still, international schools continue to open but are responding to the demand in the lower fee range. GEMS Founders School Al Mizhar is one such school, opening in the heart of Dubai this September (2018)

The demand for international school places in Qatar remains steady although a few schools are currently reporting lower than average admission enquiries for the coming academic year.

Well-established international schools with an excellent reputation are maintaining their enrolment numbers and are in high demand. This includes mid-fee international schools that cater for local Qataris and Arab expatriates by providing segregation from Grade 4 along with international curriculum and examinations that offer a gateway to Western universities.

Qatar has a voucher scheme for its local families which can be used towards international school fees if the school has been accredited by SEC (Qatar’s Supreme Education Council). This was established to enable Qatari parents to enhance their child’s education by sending them to private schools with government financial aid. As a result of this, many international schools report that demand from local families is high.

The demand by expatriate families is changing as their benefits packages are adapting. Most companies offer a lump sum (some more generous than others) that can be used towards housing and education which allows families their own choice of school. Some international schools are adapting their fees to meet the needs of this wider market.

There is much competition amongst international schools in Qatar, and the potential for growth is very much determined by opening the right school in the right place that meets a specific niche within the market. Despite this, new schools are opening and others are in development.

The impact of the oil crisis has meant a decline in expatriates and, as a result, some schools have experienced a difficult few years. However, with the industry beginning to strengthen and thus the economy improving, applications at most international schools in Oman have stabilised and some are experiencing an increase in demand. As in the rest of the Middle East, benefits packages for expatriates have been severely trimmed and so most new demand from expatriates is at the mid-market international schools.

Omanis are now increasingly selecting international schools for their children and are focusing on the more affordable options.

Some Kuwaiti families consider international schools as a reliable local route to Western higher education and international careers for their children. With the likelihood of a population rise thanks to Government incentives to boost the national birth rate, more schools are opening in the country.

Demand for Western learning continues to grow in China