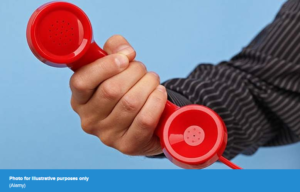 The UAE Ministry of Education has warned about suspicious phone calls to parents from people posing as officials from the ministry and inquiring about their children’s school details.

The ministry has asked parents to inform law enforcement officials if they receive such calls.

The Ministry said in a statement on their twitter account: “Recently, there has been an increase in phone calls to parents from individuals posing as government officials, and claiming to be authorized by the Ministry of Education and the Knowledge and Human Development Authority (KHDA) in Dubai, to carry out a survey on the problems in the curricula and the subjects in which students face difficulties. They then take personal information from the parents including the name of the school, their name and address saying they would follow up with the schools and other concerned parties for purposes of the survey.” 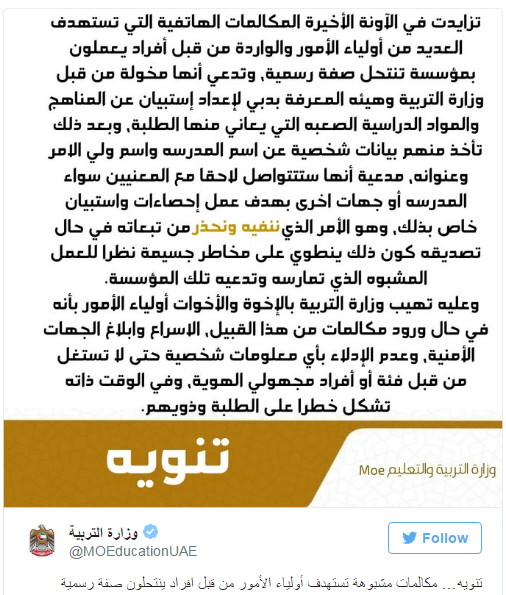 The Ministry has called on parents not to answer questions from such calls or provide them with personal information. Officials have warned of the consequences and risks because of the suspicious work of the unknown callers, who may pose danger to students and their families.

The officials also urged people to inform law enforcement authorities if they receive such phone calls.