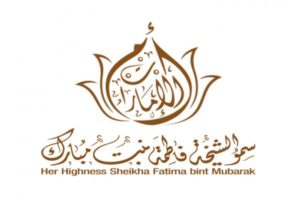 ABU DHABI – Speaking on behalf of H.H. Sheikha Fatima bint Mubarak, Chairwoman of the General Women’s Union, last night at a graduation ceremony to honour the country’s top-achieving female high school graduates, Dr. Maytha bint Salem Al Shamsi, Minister of State, expressed Her Highness’s pride and delight in the achievements of the UAE ‘daughters’ who have “proven their keenness to always reflect a positive image of our dear country.”

The statement was read by Dr. Maytha Al Shamsi on behalf of H.H. Sheikha Fatima, who is also the Supreme Chairwoman of the Family Development Foundation and President of the Supreme Council for Motherhood and Childhood, during the ceremony at the Mubarak Bin Mohamed School in Abu Dhabi, and said, “I am delighted to see my student daughters achieve their future aspirations. They are truly a source of our pride and the foundation of the renaissance and progress of our country.”

Sheikha Fatima also thanked the UAE leadership, led by UAE President His Highness Sheikh Khalifa bin Zayed Al Nahyan, Vice President, Prime Minister and Ruler of Dubai, His Highness Sheikh Mohammed bin Rashid Al Maktoum, His Highness Sheikh Mohamed bin Zayed Al Nahyan, Crown Prince of Abu Dhabi and Deputy Supreme Commander of the UAE Armed Forces, and Their Highnesses Supreme Council Members and Rulers of the Emirates, for their support of the country’s education process and their keenness to ensure that every student in the UAE has access to the latest in science and technology developments and information in an age of accelerating knowledge growth.

The ceremony was attended by the families of students and officials, including Hussain bin Ibrahim Al Hammadi, Minister of Education, and Dr. Ali Rashid Al Nuaimi, Director-General of Abu Dhabi Education Council.