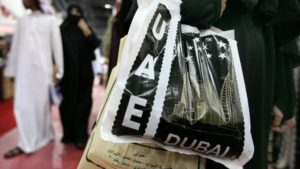 Your luxurious UAE lifestyle may be bad for your well-being.

Researchers at Zayed University have found that those who assign high value to material possessions tend to experience lower levels of life satisfaction.

Their study of 235 adults also concluded that the levels of materialism among expatriates and Emiratis living in the UAE were high on the Richins Materialism Scale, a global benchmark.

“None of the other reported studies reported means of materialism as high as we found in the UAE,” said Dr Damien Arthur, associate professor at ZU’s College of Business and the study’s co-author. “That includes non-nationals and UAE nationals. It is pervasive here.”

When measuring levels of materialism, Dr Arthur and his team found the mean value scores to be 3.06 among Emiratis and 2.86 among expats in the UAE. By comparison, the value score was 2.74 in Switzerland, 2.63 in Spain, 2.79 in Hungary on the Richins scale.

These preliminary findings are part of a Dh500,000 three-year research cluster the university is funding to investigate sustainable consumer behaviour in the UAE. The project covers five topics: materialism in Dubai, luxurious Emirati weddings, compulsive buying behaviour, Emirati fashion and identity across generations, and the ‘make-it’ culture.

The authors suggested programmes to educate the public about the importance of investments and savings, the dangers of predatory lenders and advertisers and offering financial and media literacy classes for children.

“The UAE has evolved so rapidly over the last 50 years from an undeveloped nation to now, in pretty much every respect, a first world that is highly urbanised, highly commercialised,” said Dr Arthur.

“That is a remarkable achievement, but with that, there also comes a dark side. It is a real first-world problem that we are materialistic here in the UAE. They have had to resolve creating first class healthcare and public infrastructure, housing – all the issues of a developing nation – and they succeeded. But now we have developed-nation problems.”

The growing materialism in the UAE is leading to “conspicuous consumption, an increasingly judgmental consumer society and the materialistic expression of traditional values is leading to lower levels of life satisfaction, and an increase in financial distress, delayed marriage and family conflict,” the researchers wrote in their working paper: “First World Problem: Materialism in the United Arab Emirates.”

One year into their study, researchers have also produced a 25-minute video documentary exploring the expenses, pressures and consequences of luxurious Emirati weddings. The video features interviews with a mother of the groom, event planner, venue manager and wedding guest and reports the findings of a questionnaire issued to 44 Emirati brides and 50 mothers of the groom who hosted a wedding within the past three years. It places the average cost of an Emirati wedding – including male and female wedding parties, engagement party, other related parties, zehba and mahr – at about US$186,000, most of which is paid by the groom’s family.

The financial pressures of Emirati weddings was among the issues raised by participants interviewed by Dr Arthur and his team for the materialism and life satisfaction study. One recently married Emirati man said he “suffered” financially due to loans he was forced to take out to help pay the costs.

“Guys don’t want to get married nowadays,” he said, noting the costs associated with his wedding and honeymoon cost nearly Dh1 million. “It was really difficult, and these days people are spending more and more money. The situation is getting scary. You don’t have to be scared about the commitment part, the bills will do all the stress.”

Another male participant said he would “rather get a sports car of my choice than pay the same amount for marriage.” A third noted his family wanted him to marry and have children, but the increasing dowry was making it “too difficult for me to get married.”

But the researchers cautioned that the high costs associated with marriage was “not the major cause of delayed marriage in the UAE,” but it is contributing to the phenomenon.

The study suggests that the government “approaches materialism like other social problems, such as smoking and speeding.”

The UAE has not featured prominently on other materialism surveys, but countries that have experienced rapid growth, rising living standards and wealth have. In a separate survey of 20 countries by IPSOS, China was placed top of the list, with 71 per cent of people agreeing “I measure my success by the things I own”, followed by India.

Dr Claire Sherman, assistant professor of ZU’s College of Communication and Media Sciences and co-author of the research paper, said the rise of materialism needs to be curbed through education and public awareness campaigns. She suggested establishing social programmes to educate the public about the importance of investments and savings, the dangers of predatory lenders and advertisers and offering financial and media literacy classes for children.

“It’s an issue that needs to be considered,” said Dr Sherman. “It’s real and there are some real consequences. It’s unsustainable.”

Researchers distributed a questionnaire called the Richins Materialism Scale to 80 Emiratis and 130 non-Emiratis. The questionnaire measures materialism and life satisfaction by asking participants to rate on a five-point scale – with one meaning strongly disagree and five being strongly agree – 15 statements such “I admire people who own expensive homes, cars, clothes,” “I try to keep my life simple as far as material objects,” and “I am satisfied with my life,” for example.

“Those people who reported high levels of materialism — that is that they admire people who wear expensive clothes, they put a lot of emphasis on owning material things of success — reported lower levels of life satisfaction than the people who don’t as much,” said Dr Arthur.

When measuring levels of materialism, Dr Arthur and his team found the mean value scores to be 3.06 among Emiratis and 2.86 among expats in the UAE. By comparison, the value score was 2.74 in Switzerland, 2.63 in Spain, 2.79 in Hungary.

“In short, materialism scores of our sample of UAE residents (both Emiratis and non-nationals) are the highest we could find reported when they are obtained using a five-point version of Richins’ scale,” according to the report.