New UAE traffic rule to come into effect from July 1 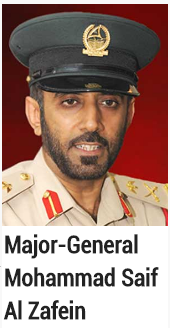 Dubai: The new traffic law to come into effect on July 1 will reduce the number of deaths on the roads and the results can be seen after the law’s implementation, senior police officers across the country have said.

Major-General Mohammad Saif Al Zafein, Assistant Chief for Operational Affairs at Dubai Police and Director of the Federal Traffic Council, said he is hundred per cent certain that the law would help reduce the number of casualties on the roads.

“The [new] law is more harsh and has tough punishments for dangerous offences like reckless driving, using the phone when driving and speeding,” Maj-Gen Al Zafein said.

The main purpose of the law, however, is to make roads safer and not to make more money from motorists, he clarified.

“Some motorists believe that we increase the traffic fines to collect more money but that’s not the truth. Under the new law, fines for some offences have been reduced, which is a strong evidence that our aim is to reduce the number of accidents and deaths on the roads,” he added.

According to the new law, the fine for crossing speed limits by less than 20kmph is Dh300 while it was Dh500 in the old traffic law.

Maj-Gen Al Zafein added, “Some drivers don’t agree on having harsher penalties but when they learn of the reason behind the rules, they will realise that the law works only in their favour and will save lives.”

Major Abdul Rahman Khatr, director of the traffic awareness branch at Sharjah Police, said the new law will reduce the number of deaths and accidents in the emirate.

“Our aim is your safety; [it’s not] to fine you,” Maj Khatr said. And this, he said, will not be achieved unless there is a strong deterrent to poor driving practices.

“People need a strong deterrent to prevent them from violating [traffic rules]. When there is a large sum of money [as fines], they will think many times before breaking the rule because no one wants to spend his earnings on traffic fines. I am sure that as soon as the new traffic law is implemented, we will see a reduction in road fatalities,” he explained.

Sharjah Police have chalked out a comprehensive plan to make motorists aware of the new law.

Signed by Lieutenant-General Shaikh Saif Bin Zayed Al Nahyan, Deputy Prime Minister and Minister of Interior, the new regulations cover a range of violations, penalties for which include heavy fines, black points and impounding of vehicles.

“[The law] is aimed at ensuring the safety of the society as a whole and reducing injuries and deaths due to traffic accidents,” Brigadier Al Hamidi said.

He pointed out that most traffic accidents occur when motorists fail to abide by the traffic rules — be it regarding speed limits, respecting the red signal, overtaking from the wrong side or using the hard shoulder to overtake.