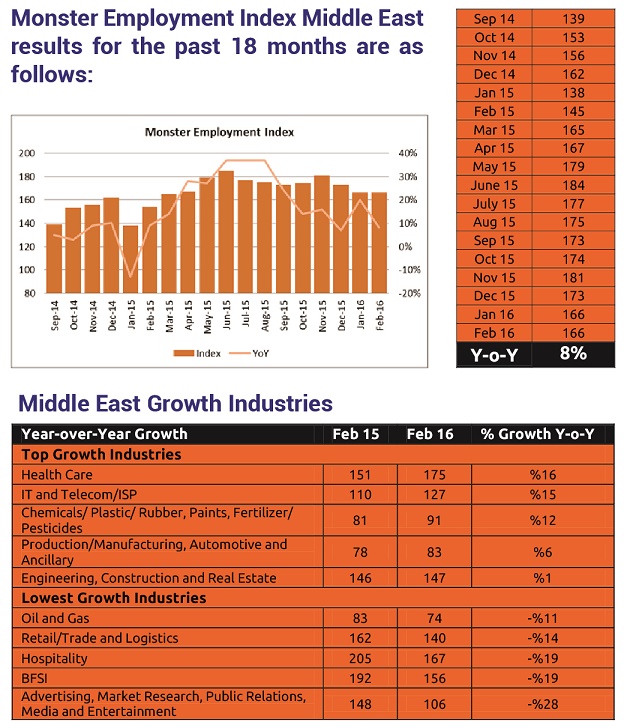 Year-on-year, Health Care professionals (up 47 percent) recorded the most notable growth in online demand. Health Care is one of the most consistently growing job roles among all others monitored and has been recording double-digit annual growth rates since August 2015. Occupation Year-over-Year Trends: Four of the 11 occupation groups monitored by the Index exhibited increased demand levels. 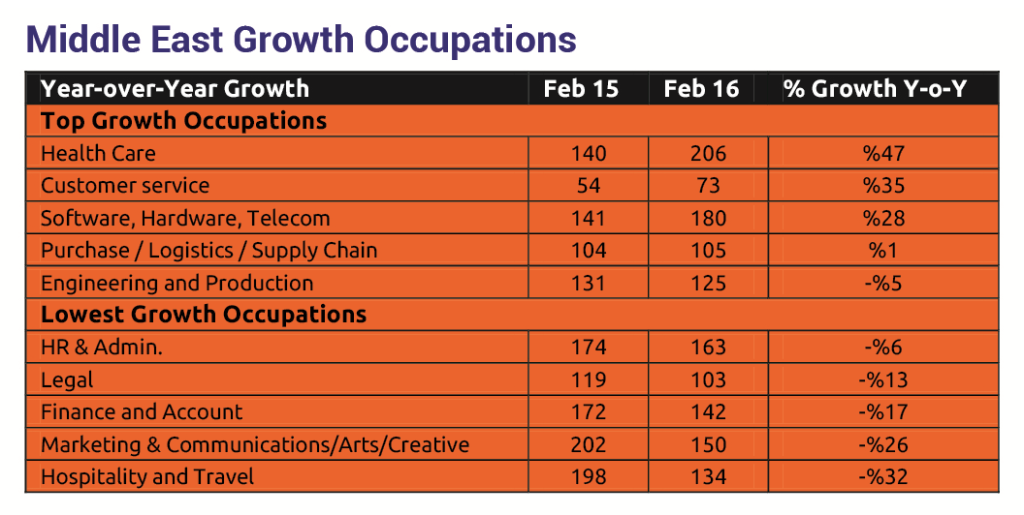 Online demand for HR & Admin.(down six percent); and Sales and BD (down five percent) slipped below the year-ago for the first time since January 2015.

UAE (up 45 percent) registered the steepest growth, year-on-year, among all monitored countries even this month. The rate of growth was the same as that recorded in January 2016. Kuwait (up 21 percent), on the other hand, saw annual growth momentum eased from 33 percent in January 2016.Geographic Year-over-year Trends: Online hiring surpassed the year-ago level in two countries out of the seven monitored by the Index

Why happiness at work could be big business in India