Fewer than half of teachers pass UAE licensing test 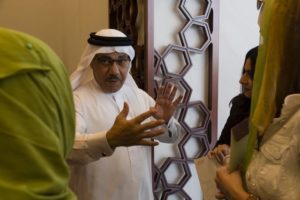 DUBAI // More than half the teachers who applied for Dubai’s new teacher’s licence failed the qualifying test.

Only 106 of the 223 in the Teacher and Educational Leadership Standards pilot programme passed their exams and qualified for their licences.

Another 67 passed all of the tests but now need to complete English language training or preparation qualifications before they are given the licence.

Fifty teachers will have to resit the course.

Naji Al Mahdi of the Knowledge and Human Development Authority said lessons learnt from the pilot would be used to improve the process.

“We all learnt a lot from the pilot process and although there were challenges, we are already looking forward to our new batch of teachers in September,” Mr Al Mahdi said.

He said most of those who failed missed only one module.

“The figures aren’t as bad as they first appear, because those who missed out did so by narrow margins,” he said.

He was speaking on Monday at the successful teachers’ graduation ceremony in Academic City.

“There are of course many teachers who have extensive teaching experience in schools in the emirate and they will have to take the qualification and pass within the next four years,” Mr Al Mahdi said.

The regulator is aiming to have the 17,000-plus teachers in private schools licensed by 2021. They will initially be allowed to take the test three times.

Those with existing international qualifications have to take only the ethics and professional standards module of the assessment, Mr Al Mahdi said.

The pilot phase, which ran from May to September, evaluated the effectiveness of the licensing process and involved feedback from teachers and school leaders taking part.

Nikita Maharaj-Delpeche, from Trinidad and Tobago, was a teaching assistant at Gems Bradenton Preparatory Academy. She is now a licensed teacher after achieving one of the highest scores in the exams.

“I didn’t have any international qualifications but took part in the training provided by Tellal,” Ms Maharaj-Delpeche said. “It was a tough process because I was working in the classroom while at the same time studying for the tests.

“Once everyone has this licence then at least you know there is a set standard that every teacher will have met and that will raise the quality of teaching.”

Richard Drew, principal of Jumeira Baccalaureate School, took the course and was relieved to have passed.

“Over the next four years all of our teachers will come through the licensing process,” Mr Drew said. “This licensing scheme can only be a good thing in raising the quality of standards.”

Private schools will now be responsible for putting their teachers through the licensing process and all private-school teachers in the UAE must be licensed over the next four years.

The pilot scheme was developed with the British University in Dubai and the National Qualifications Authority.

Full implementation of the licence will begin at the start of the new academic year in September.

How teacher licensing will be beneficial