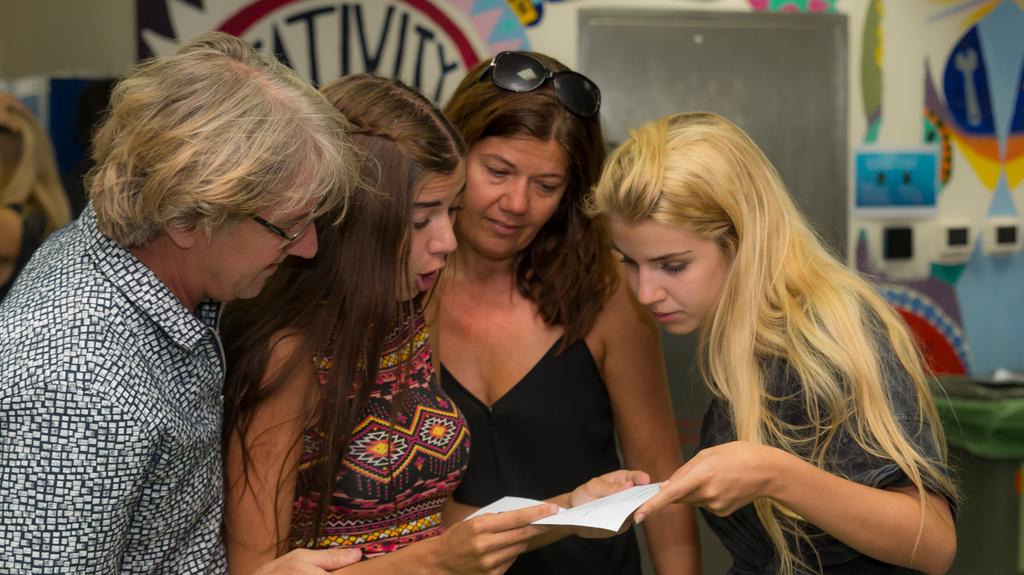 When it came time for the Haines family to choose a curriculum for their daughters, the International Baccalaureate seemed the best option given their multinational origins.

Lois Haines is from Switzerland and her husband is Australian and when they moved to the emirate 14 years ago, “we didn’t know where we might be five, 10 or 15 years from that moment,” said Mrs Haines. They wanted a curriculum that would be recognised internationally and Mrs Haines thought the IB would be the best academic fit for her daughters.

“It is an international diploma which is recognised, it is independent, it’s not necessarily a national curriculum which is just recognized within that country and as we didn’t know where work might potentially take us,” said Mrs Haines. “We thought they could transfer to another IB school in a different country later on, which at least would follow through from a curriculum point of view and a system point of view, as opposed to change say from A-level system to then the Australia system, which don’t really match one another.”

Dr Sonia Ben Jaafar, author of A Parent’s Guide to School Choice in Dubai, said the international mobility of UAE families is one reason why IB curriculum is growing in popularity in the Emirates. In 2005, there were only six authorized IB schools in the UAE. In the last academic year, there were 41 – the most for any Arab country, according to the IB organisation based in Switzerland. Four new IB curriculum schools will open in Dubai over the next two years.

In addition to studying classes in six core subjects, IB diploma students are required to take a critical thinking class called Theory of knowledge and take part in an independent study culminating in a 4,000-word essay on a topic of the students’ choice. Beyond the academic learning, pupils have to complete a project related to creativity, activity and service (CAS).

“There is a lot more to it than just learning content, which for me is one of the real strengths of the curriculum,” said Ian Thurston, deputy head of Key Stage 5, which is education for 16 to 18-year-olds. “That ensures that students are becoming well-rounded individuals, they have to do service, they have to do some sort of physical activity and they reflect on that learning, so it is very much as skills based curricular as opposed to just a content based curriculum.”

Mrs Haines described the IB as “a very tough diploma to do.” Her daughter, Alexandra, recently graduated from the program with one of the highest scores in the country.

“It requires them to do languages, to do sciences, to do arts. It requires them to do external activities and community activities, so I just think it does try to make the students more all-rounded as a rule,” said Mrs Haines. “But at the same time, this applies to my other daughter as well, if neither of them went on to any further education after finishing an IB, I feel both of them have got a solid foundation in education to take further into their professional careers.”