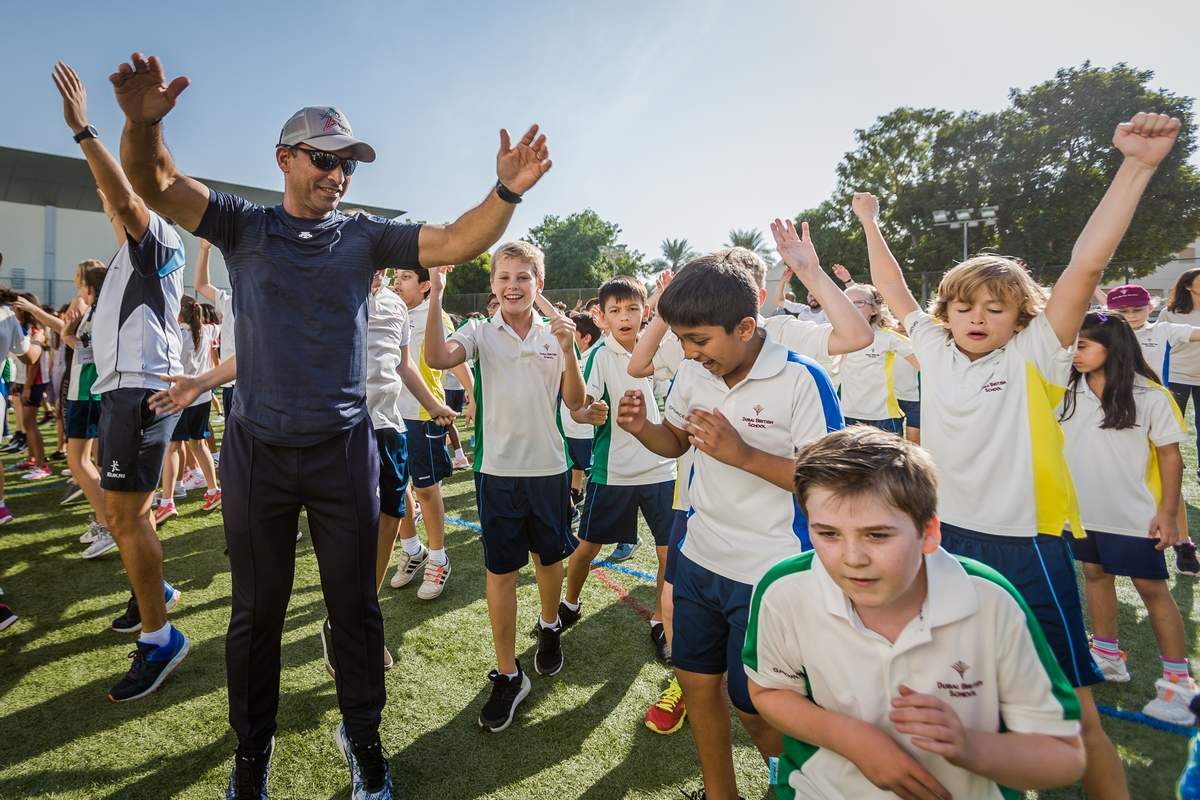 The movement has been implemented in six schools in Dubai during the emirate’s fitness month.

Nursery and primary students in the UAE are being encouraged to exercise for 15 minutes every day as part of a global fitness movement that has reached the emirates.


‘The Daily Mile’ requires students to walk, run, or jog for the full 15 minutes at their own pace.

The movement has been implemented in six schools in Dubai during the emirate’s fitness month; however, the UAE Ministry of Education will be running a pilot test of the programme into their cycle one schools in Abu Dhabi.

Christopher Corander, the director of Interact – the Middle East representative of The Daily Mile – told Khaleej Times: “The whole point is to get children, especially in nursery and primary schools, fit for learning and fit for life. We’ve just introduced it here in the UAE during the Dubai Fitness Challenge, six schools are doing it. As of Saturday, the Ministry of Education has agreed to run a pilot programme into cycle one schools in Abu Dhabi.

“There are over 6,400 schools in more than 30 countries taking part. This initiative was started in the UK and now there’s a foundation set up to oversee it. The founder is a lovely lady called Elaine Wyllie, who was a teacher herself. She started it because she realised that the kids were very unfit. They just started running 15 minutes a day and they called it ‘The Daily Mile’. It is extremely important to teach children to go out and exercise.”

Students at the Dubai British School (DBS) took part in the movement on Thursday, along with educators, the chairman of the Knowledge and Human Development Authority Dr Abdulla Al Karam, and a few parents.

Brendon Fulton, the principal of the DBS, told Khaleej Times that they welcome fitness-related programmes into the school and get parents and their staff involved as well.

“In the morning, the kids have an opportunity to take part in The Daily Mile run. We have classes coming out doing it formally or kids can do it informally, just to help them keep fit and give them an opportunity to spend some time outside of the classroom,” Fulton said. “Every morning we have a morning wakeup-shakeup session. So, before school, we do aerobics, pilates, stretching, and yoga outside to keep the kids’ minds active, to keep them fit, and to wake them up for the day.”

The school, which has 1,100 students, has also accepted the Dubai Fitness Challenge and aims to engage its entire school community.

“The physical education programme is a big part of our school. We do the small things within the school to get the students motivated and gets their blood flowing. What we noticed is that whenever we do the morning ‘wake-up-shake-up’ session, the kids are far more enthusiastic during the day. They’re more involved in the classroom. So, we definitely think physical health is as important as mental health and academics,” Fulton added.

Dr Karam has been visiting a school every day during the first week of the Dubai Fitness Challenge, and he said The Daily Mile would help create a habit for pupils and parents to exercise for a mile every day, whether they are in school or outside.

“It’s a good movement and it’s up to the schools to take it on. We’ve seen the different activities that have happened for it,” he added.