HODEIDAH, 24th July, 2018 (WAM) — Dr. Al Hassan Ali Taher, Governor of Hodeidah, honoured several leading high school students from the 2017-2018 academic year, during a ceremony that was held in the “22nd May Complex” in Khawkhah District in Yemen’s Red Sea Coast, under the patronage of the Emirates Red Crescent, ERC, as part of its activities for the Year of Zayed. 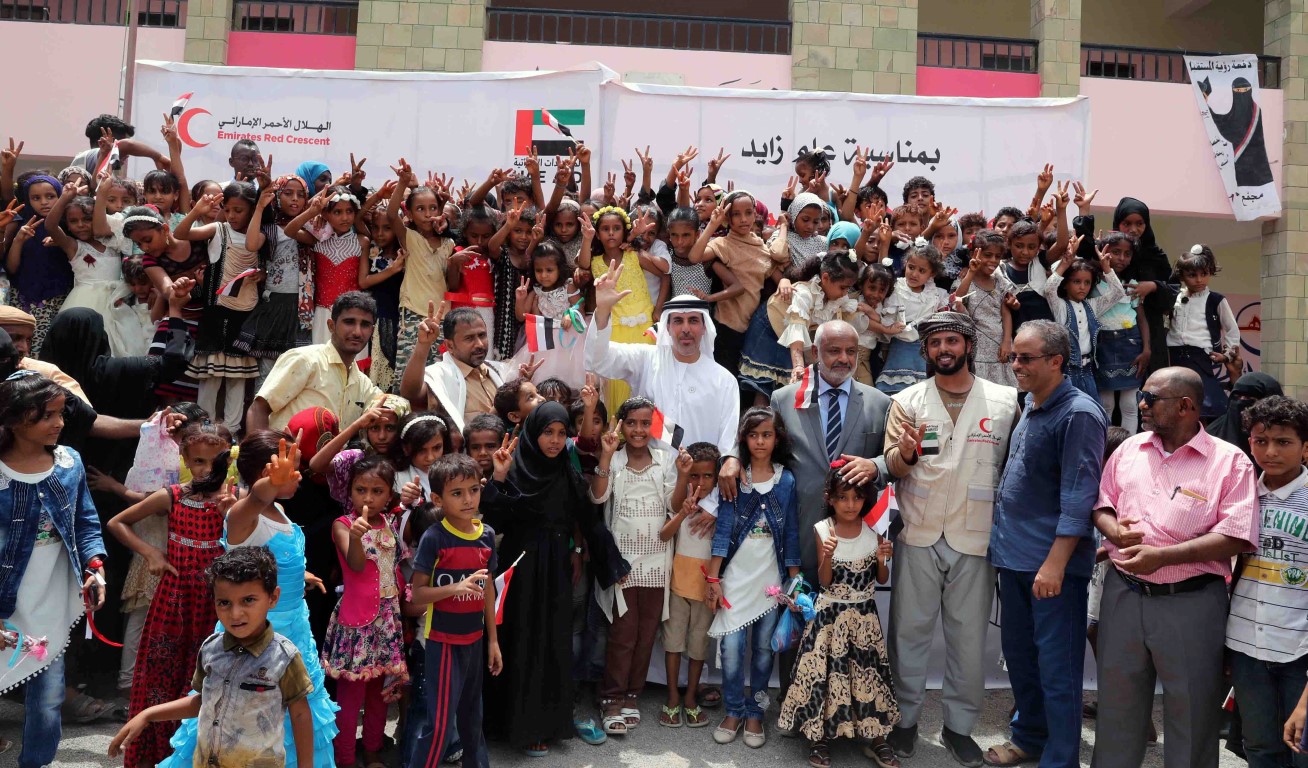 The ceremony, which started with the Yemeni national anthem, included shows and artistic performances, as well as the distribution of prizes and certificates to the students.

In his speech, Dr. Taher highlighted the key role of teachers in improving the education system, despite the dire conditions faced by the Yemeni people that were caused by the Houthis militias, as well as the importance of promoting moderate ideas and principles among students.


He also praised the UAE’s humanitarian and development role in the liberated areas of the Red Sea Coast and its support for education while pointing out that the ERC has helped students pursue their education.

Al Kaabi said that the ERC’s patronage of the event is part of its activities for the Year of Zayed, as well as its efforts to support local sectors, including education in the liberated areas of Hodeidah Governorate.

He then congratulated the students and encouraged them to contribute to the development of their country.

Al Kaabi stressed that the UAE’s wise leadership has prioritised its support for education in Hodeidah, as part of its development and services projects in Yemen’s Red Sea Coast, which include the restoration and maintenance of academic institutions, and the provision of school supplies for students.

The students thanked the ERC for supporting the education sector in the liberated districts of Hodeidah Governorate.