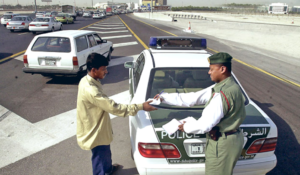 Dubai: Take advantage of the huge discount for traffic fines in Dubai and clear them as soon as possible, motorists had been urged.

The order to give a 50-per cent discount on traffic fines was issued on June 24 by Highness Sheikh Mohammad Bin Rashid Al Maktoum, Vice-President and Prime Minister of the UAE and Ruler of Dubai, on the occasion of the Year of Giving.

A senior Dubai police officer lauded the move and said it will help solve the problem of accumulated fines for certain motorists.

“The order will help solve the accumulated traffic fines problem. Many vehicle owners are not renewing [their registration] because of those fines. It is a nice gesture and I hope motorists will take advantage [of the offer] and pay their fines,” Brigadier Al Mazroui said.

The order was issued by His Highness Shaikh Mohammad Bin Rashid Al Maktoum, Vice-President and Prime Minister of the UAE and Ruler of Dubai, on the occasion of the Year of Giving. The 50 per cent reduction in fines does not cover violations committed in 2017.

All types of vehicles

“The order will be active from July 1 until the end of 2017. The order is for all types of vehicles but does not cover violations committed in 2017,” Brigadier Al Mazroui added. “The discount will appear automatically on the fine. Motorists can pay the fee for confiscated vehicles to release their vehicles.”

Dubai Police will offer various means to facilitate the payment of fines through the Traffic Department, all police and vehicle registration centres as well as kiosks in all commercial centres.

Fine payments can also be done online, through UAE bank sites and RTA centres and the discount will be automatically set in when paying the fines, Brig Al Mazroui said.

Police said the discount is only on traffic fines listed in the new UAE traffic law and does not include Roads and Transport Authority fines. “The discount only works for traffic fines not for other fines like Salik or parking ticket fines,” Brig Al Mazroui added.