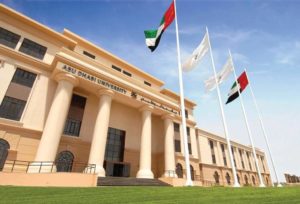 Abu Dhabi University (ADU), achieved a new academic milestone by entering the ranks of the world’s “Top 150 under 50” of the prestigious Quacquarelli Symonds (QS) World University Rankings for 2018.

Internationally recognized for quality education and applied research, ADU also placed 16th among best private universities in the world, adding to the young institutions’ repertoire of accolades, which is especially significant considering that ADU was only established 15 years ago. Since its inception, ADU has achieved a solid global academic standing through setting new standards of excellence in quality of teaching, cutting-edge scientific research, and community service.

Commenting on the significant achievement, Ali Saeed Bin Harmal Al Dhaheri, Chairman of ADU’s Executive Board, said: “We are proud to receive this prestigious recognition of our world-class academic offerings. These achievements are yet another testament to the quality of higher education in the United Arab Emirates, which is a source of pride for us all, and a strong indicator that ADU is on the right track. Inspired by this achievement, we will continue our quest for excellence and global recognition with a renewed sense of responsibility and purpose.”

Bin Harmal went on to explain that the University’s efforts to create an environment that embraces progress and innovation align with the vision and ambition of Sheikh Hamdan bin Zayed Al Nahyan, the Ruler’s Representative in Al Dhafra Region and President of ADU’s Board of Regents, to establish ADU as a center of intellectual creativity.